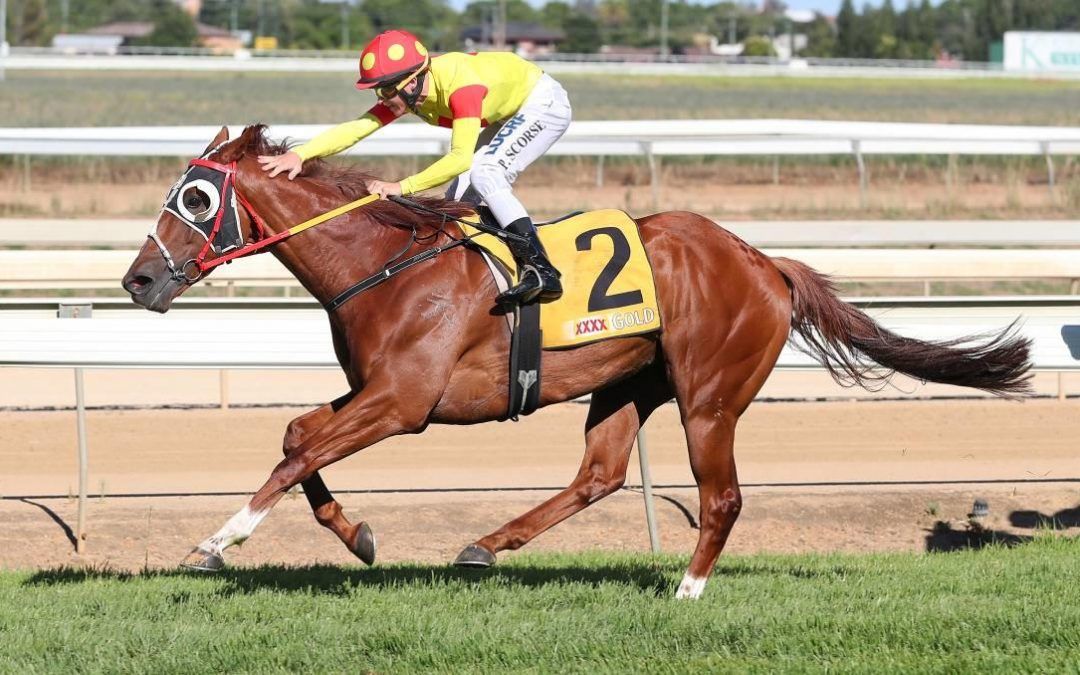 Mercurial Lad has captured his second Southern District feature in as many months with victory in the $30,000 Ted Ryder Cup (1660m) at Murrumbidgee Turf Club on Friday.

After saluting in the $70,000 Snake Gully Cup a month prior, The Lad again proved his dominance under a terrific ride by stable apprentice Patrick Scorse.

Scorse’s father John combined with Barbara to win the 1996 Ted Ryder Cup with Val de Prix, and he couldn’t be more proud of his young son.

It was a gem of a ride from Scorse, who bounced him out into a position third the fence stalking the pace. He saved him for one sprint on straightening bearing in mind it was his first attempt at the mile. The son of Pendragon pierced a gap and showed his class late to win by a widening 1.5 lengths on American Time ( $16) with Cha Cha King ($3F) gripping on for third.

The win clawed the JJR team into second on the NSW Country Training premiership and Sixth in Australia (Country). Lees is the current leader on 30 wins whilst we sit on 27 ahead of the likes of Paul Perry and Bjorn Baker.