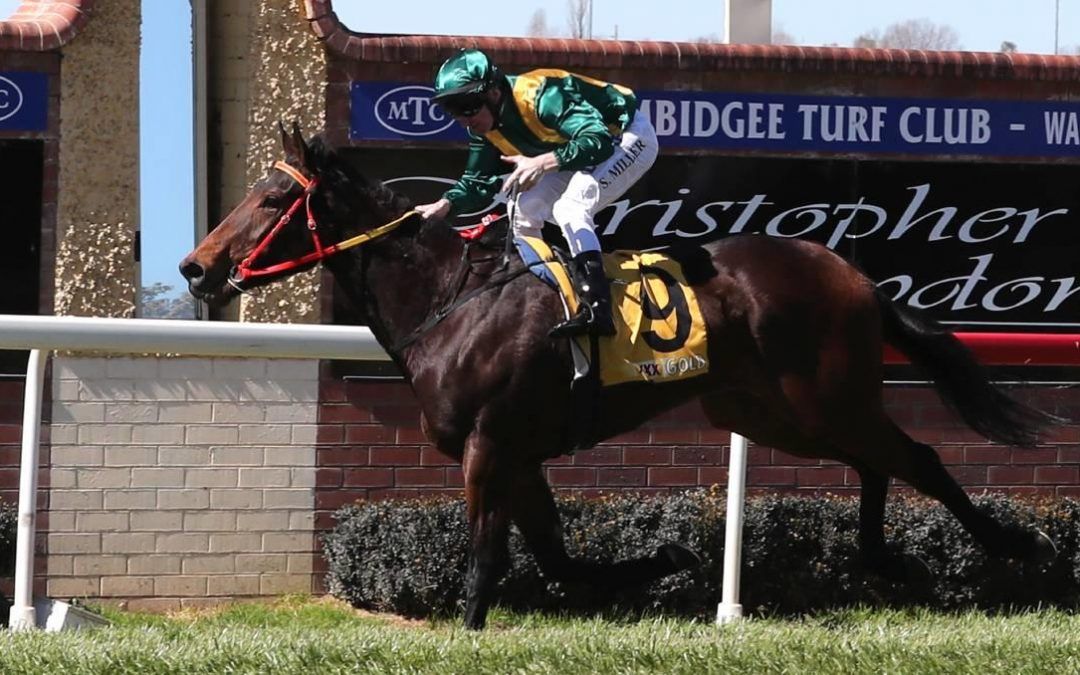 Dutchesse Moshe has led throughout to win at Wagga Wagga on debut. Racing in the market following her sharp barrier trial five months earlier, she has always shown the stable plenty and wasted no time delivering for some patient owners.

Scratched at the gates at the same track on her initial debut (in the race ultimately won by stablemate Tyres Are Crucial) as a two year old, the daughter of Moshe was keen to make amends and did so in flying colours under stable jockey Simon Miller.

Ridden aggressively from the good barrier, she dictated the race over the 1200m distance and when eventually stoked up on straightening she offered a nice response and continued to fight when needed. “Moshi” took her length advantage right to the wire on Te Ata ($1.40) with Bart ($11) a nose away in third.

The win contained good reward for the patient owner/breeder in Tim Abbott as well as Jack Egan, both of which are from Wagga and were on hand to witness the win.

If you missed the race, click on the link below and watch the Green + Yellow colours jumping from barrier 3.