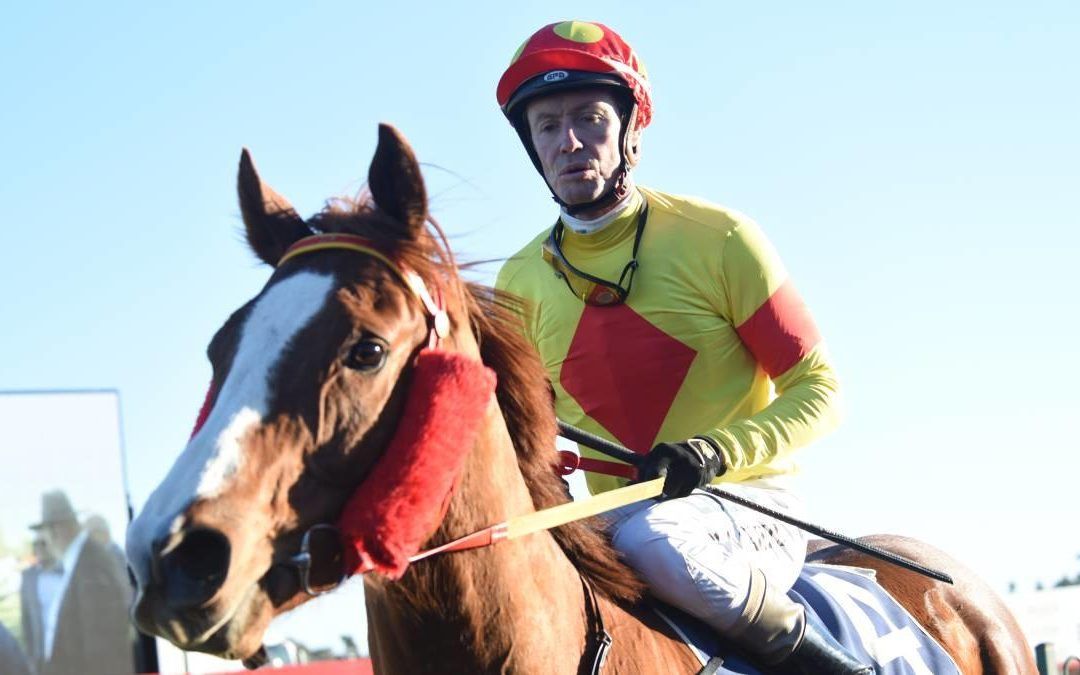 Former Kiwi galloper Disturbance has provided a new PB in Australia by running away with the Dubbo Gold Cup at odds of 30-1.

Ridden closer from the gate today, Disturbance benefitted from a strong speed set by the sydneysider Gauguin. Matthew Cahill had him in the A1 spot throughout and weaved through the field to claim victory rather softly on the line.

The win was the first for Matt Jones, a recent addition to the training partnership with her mother (Barb) and brother (Paul).

“He shows us a lot and his past form in New Zealand is unbelievable,” Jones said, this being just the fourth start Disturbance has had for the stable.

“We took him to Moruya first-up and he was fantastic and then at Albury on a heavy 10, or a heavy 25 really, he cruised up but I think that flattened him for Sydney (Kensington).

“We travelled down a day before this and I think that made a massive difference. He came the day before and this morning I took him out and walked him and he was just on his toes.

“I rang my mum and my brother and said ‘today’s the day’ and it worked out well. I’m really happy.”

Mathew Cahill produced a fine ride on Disturbance in the open feature event, tracking the leader early before toughing it out late.

Despite tiring late, Disturbance hung on to win by three-quarters-of-a-length from A Magic Zariz (Winona Costin, $6.50 equal favourite) and Marquee (Robbie Dolan, $12) in third.

”It was a magnificent ride from Matty Cahill,” Jones said.

“That’s why you put those guys on. We knew there was speed on and we didn’t want to get too far back. It was a great ride.”

Cahill had spoken to fellow jockey Sam Weatherly in the lead-up to the cup as he was someone who had seen Disturbance race in New Zealand.

The report was a positive one and after taking out Sunday’s feature, the experienced hoop said more wins could well be on the horizon.

“They went quick but he put himself into the race before the turn and he toughed it out at the finish,” he said.

“He was getting tired in that last hundred but he had enough at the end.”