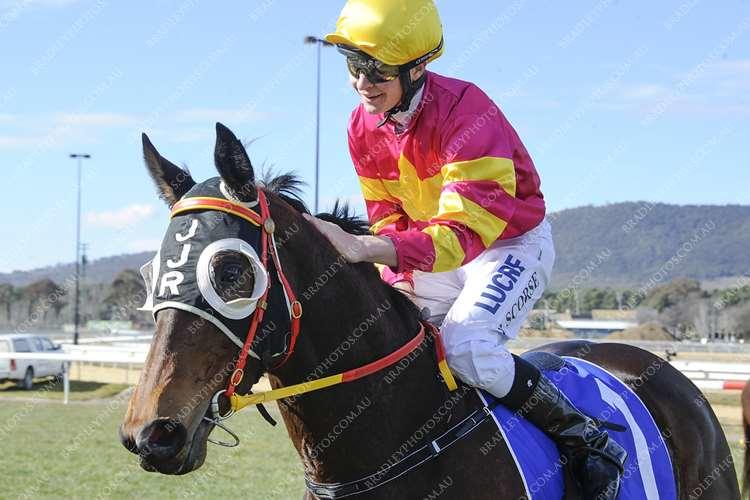 Darts Away has again proven his dominance on the Synthetic, making it two straight in a matter of meetings.

The win carried extra smiles as Stable Apprentice Patrick Scorse (Son of former G1 and Stable Jockey John) partnered him for his first winner on a JJR runner.

Jumping from the widest barrier in field of five, Patrick summed things up well and had the $2 hotpot in the one out one back position at steady fractions. He urged the Son of Onemorenomore around them on straightening and while rivals loomed momentarily, he clicked into overdrive and showed his class to win by a widening 2.5L victory on Standoubt ($21) with Summit Breath ($7) a half length back in third.

That win was his sixth in total from just 27 starts with a further four minor placings, earnings exceeding the $120,000.

Plenty were on hand to witness the occasion and one that is sure to sit in the minds of the iconic Scorse + Jones legacy for years to come.