Inch Perfect is exactly that second-up 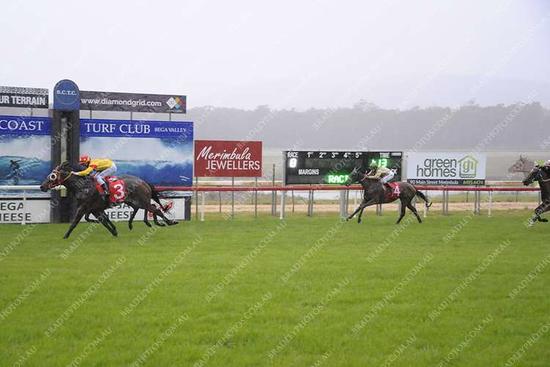 Racing a month between runs given a few washouts, she showed tremendous toughness in what appeared to be a two horse war from the furlong onwards.

Jumping straight on the lead from the good draw, Stable apprentice Patrick Scorse had her in a lovely rhythm over the 1200m. She was brought to the centre of the track on straightening and had the rest off the bit. She dug deep when rival flashed late to score by a short 1/2 head with $101 shot Suri sneaking into third over three lengths away.

The daughter of Hinchinbrook still has plenty of scope. She contested some hot races as a three year old including the Wagga Guineas where she was beaten 1.5L.

If you missed the run, click on the link below to relive the moment (Red + Yellow silks)