Loyal Toast clings on to score 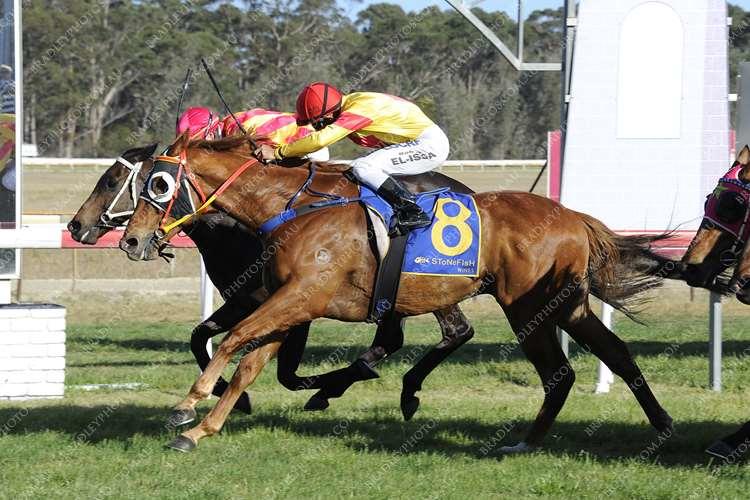 Loyal Toast has chalked up another win giving JJR four winners on the program.

Racing without luck the start prior when third, Toasty was out to make amends under a top ride from Bobby El-Issa.

He settled back as per usual as the leaders clapped it on upfront. On straightening they appeared to stop just as quick which left the mighty Toast posted in front under a strangle hold. Bobby pulled the stick halfway up the running and while he looked certain for victory he began to paddle close to the line and narrowly escape disaster from the fast finishing Charlie Royale under Patrick Scorse with Zarina’s Gold a length away in third.

(DON’T BE FOOLED BY THE IMAGE PEOPLE, TOASTY ACTUALLY WON)

If you missed the win, click on the link below and watch for the Traditional JJR Yellow + Red.