The JJR Team are always on the look out for quality thoroughbreds at great value.

Joseph & Jones Racing and their team of experts are always active at the major sales. As horses become available, they will be displayed below. Should you wish to discuss any potential purchases, please don’t hesitate to get in touch. 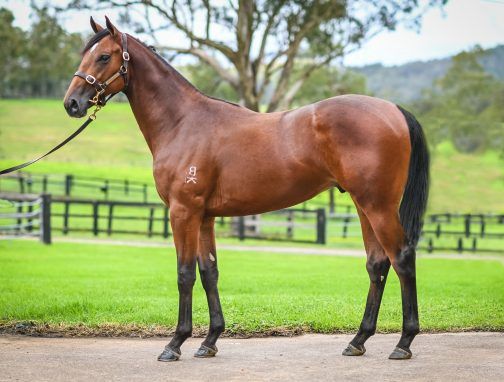 Attractive Gelding by PRESS STATEMENT who was a Group 1 winner of the Caulfield Guineas and sire of 75 winners in his short stud career.

Out of FLAMING JUNE who is by champion broodmare sire FLYING SPUR and is a 1/2 sister to Group 2 winner LEONARDO DA HINCHI and a 3/4 sister to multiple Group winner and sire JET SPUR.

He was a steal at $4.4k and there is no excuse not to get involved in racing with JJR with such a small buy in. 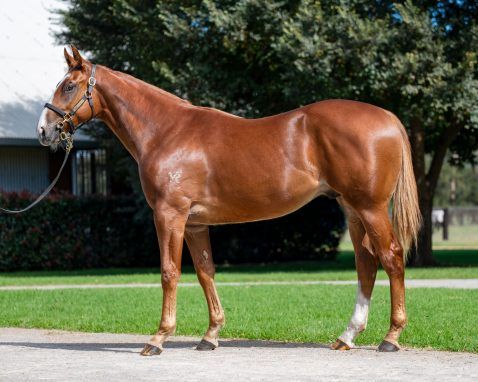 Recently purchased at Inglis HTBA yearling sale for $63k, this strong gelding was marked as one of the top colts in the sale by some respected bloodstock analysts.

His dam HIDDEN JEWEL was a listed winner of the BRC The Princess Series and 2 other races from just 7 starts. HIDDEN JEWEL has had 4 foals to race with 3 winners.

Join us in racing this exciting prospect and click on the ENQUIRE button NOW. 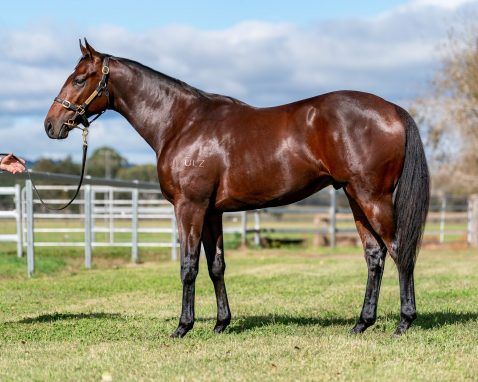 Lovely strong CASINO PRINCE gelding who took our eye with his presence and good looks. Secured him for just under $30k at the just completed Inglis HTBA yearling sale.

CASINO PRINCE is very underrated sire with winner to runner ratio at 70% and 21 stakes winners to boot as well. This is only the 2nd CASINO PRINCE progeny that JJR has bought, the first being SHE’S ALL IN. SHE’S ALL IN is in the running to make the final field of $2M The Big Dance on Melbourne Cup day by virtue of her Nowra Cup win back in December.

His dam DESSERT has had 1 foal to race called Racketeering (by Trusting) and is a 3 time winner and stakes of $72k.

Come race this striking individual with JJR and click on the enquire button NOW. 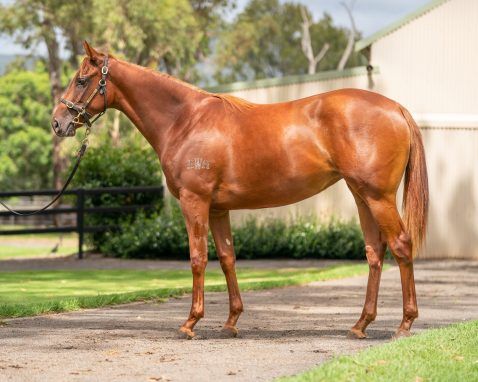 This filly is recently purchased at the Inglis Classic Yearling sale and is closely related to our current stable star ROOM NUMBER and the emerging MANDERBOSS.

Dam – Inis Rose is by ill fated champion sire and broodmare sire O’Reilly and is a 1/2 sister to the dam of ROOM NUMBER Modern Lady. As mentioned above our filly has both Sadler’s Wells and Last Tycoon in her bloodlines which makes her a good mating with Sooboog. 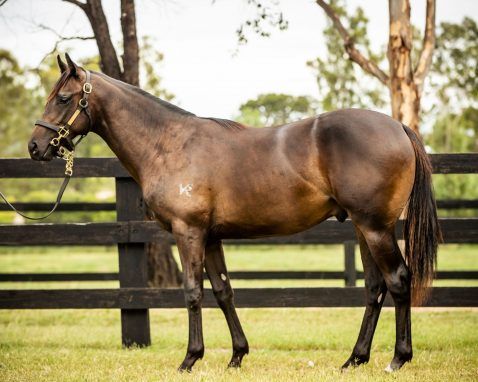 Dam JACLYN was 2 time winner over 900mts and 1000mts and hails from the speed family and 1/2 sister to Group 2 Winners and sire COSMIC FORCE and ONEMOREZETA.

Shares have going quick so don’t delay and click on the enquire button to get involved and race this gelding with JJR. 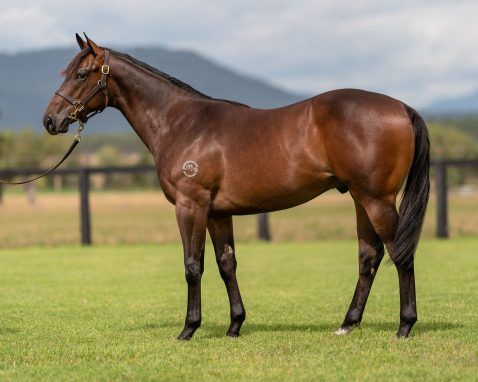 JJR were delighted to secure this good style of horse at the recent Inglis Classic Yearling for a bargain price $44,000.

Shalaa made an immediate impact in 2020/21 with his first-crop 2YOs headed by dual Group 3 & Magic Millions Classic winner Shaquero, Group-placed fillies Nice For What & Tayla’s Moment & stakes-placed city winner Hunnam. He more than held his own among a dynamic group of First Season Sires to finish fourth on that Premiership with 7 winners and earnings of $1.9 million. Shalaa has fuelled that enthusiasm with 2021 European Group 1 winner No Speak Alexander, and in Australia, debut 2YO stakeswinner Semillion and 12 other winners in the first three months of the 2021/22 season.

Ballychine was a dominant winner in NZ before injury curtailed her career after only 7 starts. She is by ill fated champion sire and broodmare sire O’Reilly who has left indelible mark on the Australasian racing and breeding scene.

Come race this outstanding type with JJR but be quick as he is selling fast. 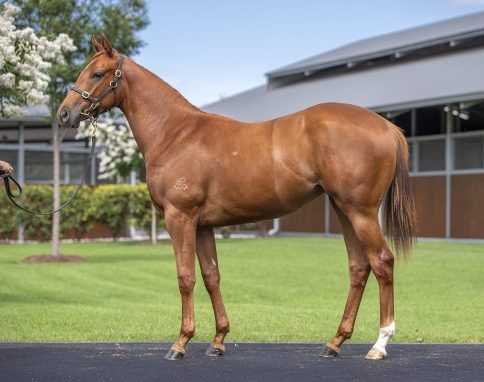 A lovely compact athletic filly with a great pedigree to match and was a steal at the Magic Millions January sale for $16,500.

Sire– SHOWTIME is by record-breaking Champion Sire Snitzel, out of the excellent broodmare Flidais, Showtime’s immediate family has generated three million-dollar sales in recent years. Good looks, athletic, sound conformation & temperament and quality performance add up to solid gold appeal. Showtime is the first son of Snitzel that Arrowfield has chosen to stand.

Dam – WATCHME by Bel Espirit is a half-sister to Kanga’s Eye who was narrowly beaten in the Gimcrack by G3 San Domenico-performer Jorda, who beat subsequent G1 winner I Am Excited in the G3 VRC Red Roses. Snitzel has a 100% winners/runners strike rate with Bel Esprit mares and his sons are following suit with Swat’s That G1-placed three times to the likes of Nature Strip this Spring.

If you wish to join Joseph and Jones Racing and race this filly click on the enquire button. 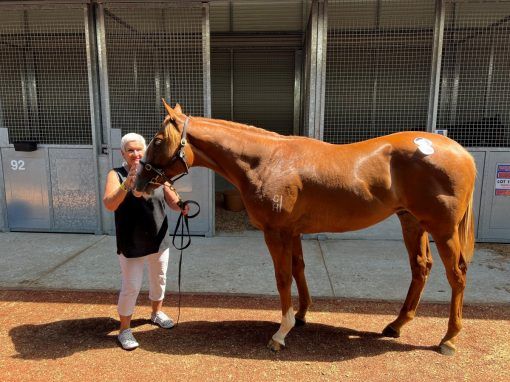 This strong colt was our top pick of the Star Turn progeny at the Magic Million sales this January, good strong colt with a cracking walk and good overstep we were very keen to secure him.

SIRE – STAR TURN was a powerhouse sprinter and the only 3-year-old colt of his generation to measure up to weight-for-age Gr.1 racing in the Autumn. He is now passing this strength and precocity onto his progeny and are now sought after in the sales ring averaging 10x his service fee at MM 2021 and is currently sitting 2nd in the 2nd season sires by winners to Capitalist.

DAM – VITRIOLIC ATTACK – By European super sire LOUP DE VEGA and Vitriolic Attack was winner at 1100 mts and showed a lot of speed in her race starts. She has done a good job with this colt being her first foal to produce such a powerful colt.

If you wish to race this colt with the Joseph and Jones team and want further info click on the enquiry button. 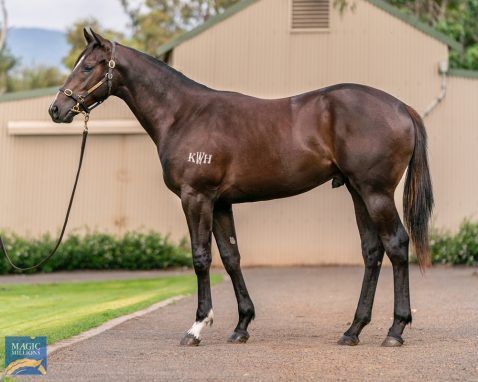 We picked up this scopey colt out of book 1 at the Magic Millions January sale for $55,000 from vendors Kitchwin Hill Stud with the breeders electing to stay in for a share.

Sire- By first season sire Hellbent a G1 winning son of I am Invincible. Now standing at Yarraman Park, the explosive sprinter, whose turn of foot was his greatest asset and has all the hallmarks of his top sire, traits he is passing on to his progeny & this colt looks to be no exception. As a racehorse Hellbent was the winner of 7 races between 1000m -1200m. Amassing a total of $901,450 across his career. Winner of the G1 MVRC William Reid Stakes, and never ran worse than 4th in four starts at G1 level, including a 2nd in the 2017 edition of the William Reid Stakes & a 3rd in the 2017 G1 Oakleigh Plate.

Dam- She’s A Rainbow is by champion sire Redoutes Choice who is also the leading broodmare sire in 2022. She has 2 horses to race with a 3/4 sister Precious Colours (I Am Invincible) to this the colt purchased winning her maiden in a Pearl Series race in Auckland. Second Dam Music Review was group placed and has 6 foals to race and all are winners.

This colt has a lovely frame to develop into, very correct & with a great walk, & temperament

Sign up and be the first to hear when horses become available.