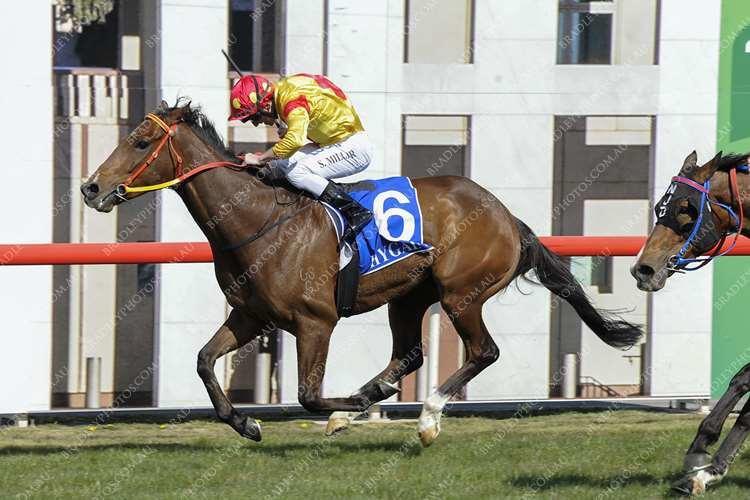 D’Beak has booked himself a ticket into the Wagga Cup after toughing it out to score in the traditional lead-up (Murrumbidgee Cup) over the 1800m at Wagga on Sunday.

Benefiting from a solid return at Rosehill two weeks prior, the big fellow meant business and was aided by a peach of a ride by Matthew Cahill. Drawing gate five, he placed him in the box seat position and the stayer appeared to relax very nicely.

Peeling out on straightening, D’Beak struck the front without maximum pressure applied and showed plenty of courage late to win by a length on Brogue ($11) with Willy White Socks ($7.50) a nose away in third.

The win was D’Beak’s second at Wagga and fifth overall. The Son of Medaglia D’Oro has placed another twelve times and recorded over $140,000 in earnings.

If you missed the race, click on the link below and watch the JJR Yellow + Red