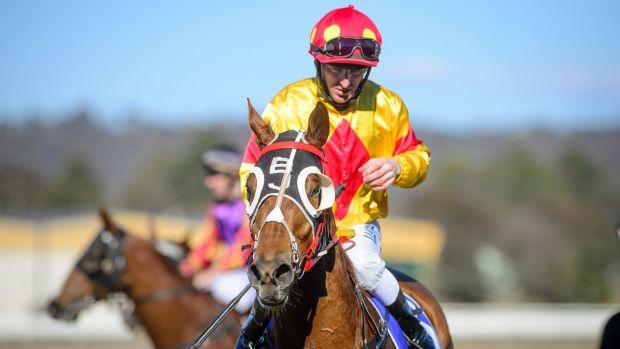 After three trainer changes and sixteen starts with eight placings, JJR has finally gotten a win out of Damagic and a dominant one at that. Having his fourth start for the stable, the team have implemented a range of different things to get his head space and racing ability right, which was today.

Racing with the One Eyed Blinker and Norton Bit , Simon Miller pounced on the lead but eventually took a sit and as they teared up the turf over the 1080m. He regained the lead along the fence on straightening and despite a slight thought of running off and being a naughty boy, he balanced up well and gave a bold kick under heavy riding to win by three lengths on Tay Tay Taylor ($16) with Trumbo ($3.10) a head away in third.

The win was good reward for the consistent type, bought by JJR on an online action site for $12,000.

If you missed the win, click on the link below and watch for the JJR Yellow and Red jumping from an inside draw.