Bank On Henry salutes at Orange 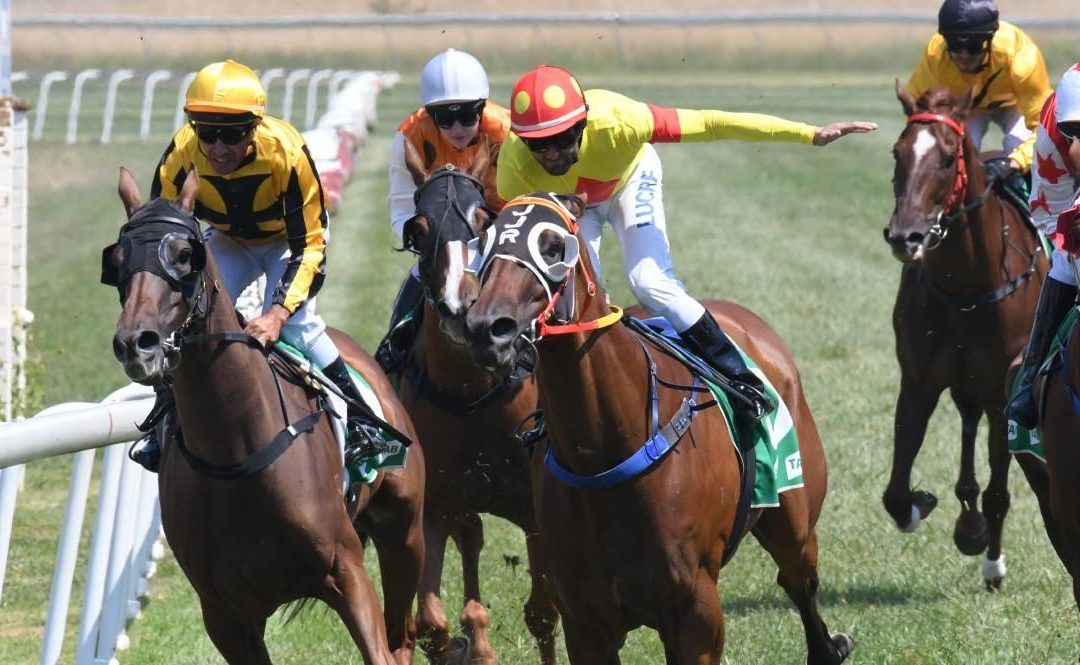 Stable favourite Bank On Henry has made a successful trek to Orange, taking out the Banjo Patterson Cup under a cool ride from Bobby El-Issa.

Second-up after twelves months off due to a throat operation, Bank On Henry put the writing on the wall fresh at Wagga rattling home for second and obviously appreciated the extra ground.

Missing the kick as usual, He was able to hunt up in the small field and get into a nice position over the 1300m journey. Bobby peeled him wide on straightening and with a sharp turn of foot was able to score rather comfortably over Ultima Chance ($2.60) with Klisstra ($5) a narrow margin in third.

The win was Henry’s fifth at start 33 with a further twelve minor placings.

If you missed the race, click on the link below (Yellow + Red)