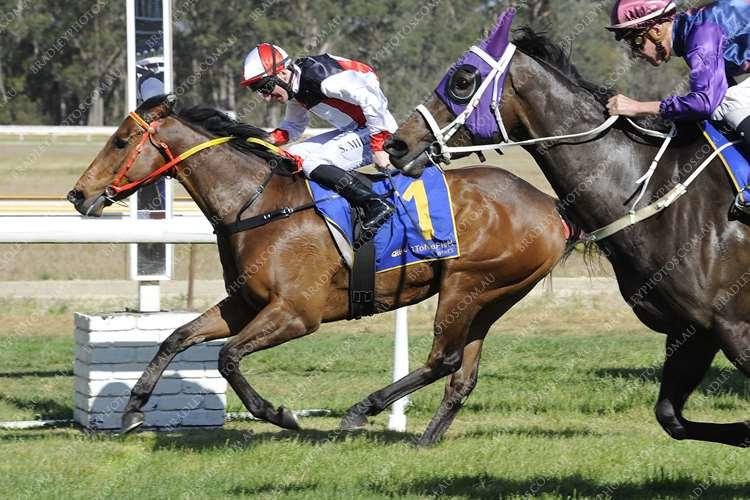 Athonis has led all to give the stable an early treble on the Moruya program.

Sent out favourite at his first run on Australian shores, Athonis was relegated back to third after losing on protest (second past the line). Deriving good benefit from that he was sent straight to the front under Simon Miller and gave nothing else a chance over the 1650m.

Backed near the red close to jump-time, he pounced on the lead from the wide draw and despite getting tired over the concluding stages had enough in hand to get the cash over a brave Vice Vice Baby ($14) with Sans Cliche ($19) over a length away in third spot.

This is the second horse the stable have received from the Court Family so far, the other being the highly promising Almost Court who won three on the trot and graduated to town as favourite.

If you missed the race, click on the link below and watch the Red, White and Black colours crossing to lead.