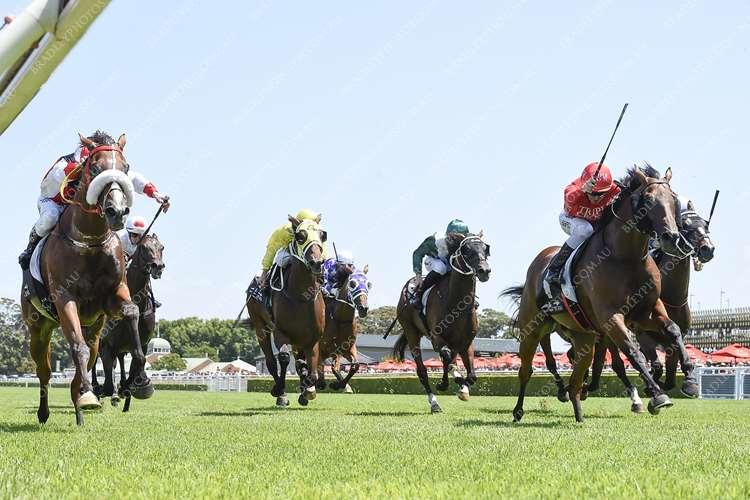 A spectacular dead heat finish saw Almost Court share the spoils with the eventual favourite Emperor’s Way in the $100,000 Fairfax & Roberts Jewellers Handicap over the 2000m.

Setting the speed for the entire, Almost Court showed tremendous courage and further stamped himself a leading contender for the Canberra Cup in a few weeks.

Jumping from the middle draw Christian Reith pounced him straight on the lead as he likes to race. They went at even splits round the back and when the pressure heated rounding the bend he offered a solid kick.

Emperor’s Way made a late surge over the concluding stages and the judge couldn’t split them, offering a head heat in Sydney for the first time in awhile.

The win was Almo’s fifth in Australia with one second from just the seven starts.

If you missed the race, click on the link below and watch the Red, Black and White colours out in front.